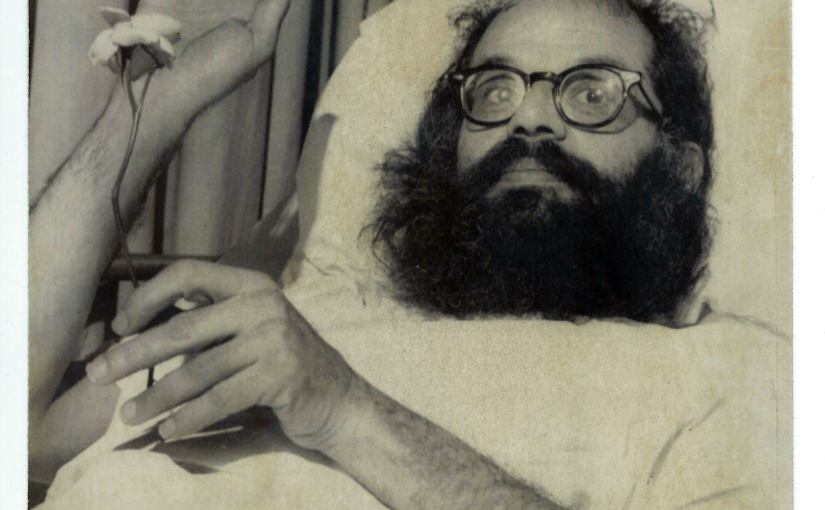 In 1968, while driving from Albany International Airport to his home in the Catskills, Ginsberg was in a car accident. He suffered a broken hip and a cracked ribs leading to a stint at an unnamed hospital in Albany, where an Associated Press photographer snapped this picture. His most recent book of poetry — Planet News — had been published just four days earlier.

It’s not the best image of Ginsberg, but it sure captures the feeling of a broken hip, and yes, he’s holding a flower — it’s the 60s and he’s a beat poet, so it’s mandatory.

Alas, no credit was given for the AP photog.